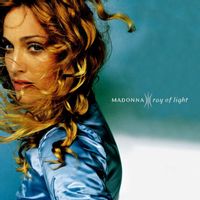 Five singles were released from the album, including global top-five hits "Frozen" and "Ray of Light". The former became Madonna's first number one debut in the United Kingdom and gave her a record for most number-two hits in the history of the Billboard Hot 100. In order to support the album, Madonna embarked on the Drowned World Tour in 2001. Critics and scholars have noted the album's influence on popular music, especially how it helped bring electronic music into mainstream pop culture. They also noted the way in which Madonna was able to re-invent herself and remain fresh and contemporary amidst the more teen pop-based music of the period. In such a way, the album has been included in many critic lists and polls, including Rolling Stone magazine's "The 500 Greatest Albums of All Time". Worldwide sales of the album have surpassed 20 million copies.
Now playing