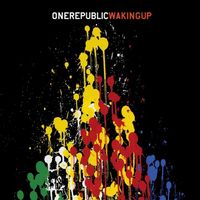 Album songs of Waking Up - OneRepublic

Radio stations where the album songs Waking Up - OneRepublic sounds

Lead singer Ryan Tedder has stated in an interview that Jerrod Bettis, who was a former OneRepublic member, had come up with the idea for the album cover while in Seattle. After the success of OneRepublic's debut album, Dreaming Out Loud, they began work on a second album in 2008. Lead singer Ryan Tedder announced on July 21, 2009, that the band's second album would be completed five weeks from that date which was August 25, 2009. On September 6, 2009, the band posted a low-quality version of the first single from their second album, "All the Right Moves", while a higher quality version can be found on their MySpace page. On September 8, 2009, the band posted samples of 4 of their songs from the new album onto their MySpace page. 11 songs were announced to make up the track list, which was officially confirmed by Amazon's German site on November 3, 2009.
Now playing