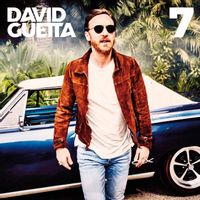 NRJ All Hits
113
NRJ Hot 40
38
Авторадіо
34
MFM Station
3
Kiss FM
1
Радио Energy
95
7 is the seventh studio album by French DJ and record producer David Guetta, released on 14 September 2018 by What a Music, Parlophone and Big Beat Records. Released as a double album, the collection features commercial pop collaborations on the first disc, whilst disc two features underground house music akin to Guetta's starting roots as a DJ. The latter is credited to Jack Back, which Guetta revealed to be his alias and as a means to release more dance music alongside his pop collaborations. This side of the album is known as the Jack Back Project and was also released independently as a mixtape titled the Jack Back Mixtape, preceded by the release of the song "Overtone". 7 was made available to pre-order on 23 August 2018 via Guetta's official website with options to pre-save the album stream on Apple Music, Spotify and Deezer, as well as purchase via Amazon as either a digital download, CD or vinyl.

Upon release, the album garnered mixed reviews from critics who were torn between the predictability of Guetta's collaborations, with some praising the second side of the album a return to his roots as an underground DJ. A physical release (CD and vinyl) for 7 was scheduled for the United States on 28 September 2018.
Now playing