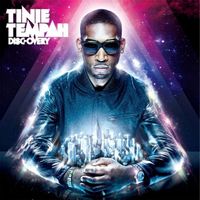 Tinie TEMPAH Written In The Stars

Following the success of "Written in the Stars" as the album's North American lead single, it was announced that Disc-Overy would receive a United States release with a revised tracklist. Tracks "Obsession", "Invincible" featuring Kelly Rowland, and "Just A Little" featuring Roc Nation artist Range were removed from the American tracklist, while new collaborations with Wiz Khalifa, Bei Maejor and Ester Dean were added. New production contributions came from Boi-1da and Stargate. The album was released in the United States on May 17, 2011. The three new tracks were later released in the United Kingdom via a deluxe edition of Disc-Overy, made available on June 20, 2011.
Now playing