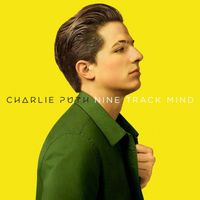 Хіт FM Найбільші хіти
481
Radio Relax International
215
Radio Relax
151
Бізнес Радіо
117
Радіо Трек
66
Хіт FM
63
Mousse Radio
44
Radio EgoЇсти
42
Люкс ФМ
16
Power FM
10
Авторадіо
10
NRJ
2
Радио Energy
116
Radio Monte Carlo
64
Nine Track Mind is the debut studio album by American singer Charlie Puth. It was released on January 29, 2016, by Atlantic Records, after being scheduled to be released on November 6, 2015. Puth has produced throughout the album. The album peaked at number 6 on the Billboard 200, however, it received negative reviews from critics with a score of 37 out of 100 on Metacritic, becoming the fifteenth worst critic-reviewed album on the site.

The finalized track listing was revealed on December 11, 2015. The final track listing removed the tracks "Know Your Name" and "Hard" and replaced them with "Dangerously" and "We Don't Talk Anymore". "I Won't Tell A Soul" was also due for inclusion on the Japanese edition, but was subsequently removed. Puth embarked on his Nine Track Mind Tour in March 2016.