Album This Is Me... Then (Jennifer Lopez). Songs and videos online 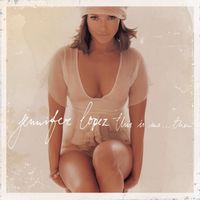 Album songs of This Is Me... Then - Jennifer Lopez

Radio stations where the album songs This Is Me... Then - Jennifer Lopez sounds

Бізнес Радіо
52
Хіт FM
47
Информатор Yuppi!
32
Ретро FM
30
Твоє Рідне Радіо
8
Радио Обоз
6
Закарпаття FM
6
Версія ФМ
5
BumbleBee
5
Best FM
2
NRJ Hype
2
FM Галичина
2
NRJ Hot 40
1
Best FM
78
Хит FM
60
Радио Romantika
56
Radio Monte Carlo
52
Эльдорадио
3
Европа Плюс
1
Смотри Радио
1
This Is Me... Then is the third English-language studio album by American recording artist and actress Jennifer Lopez, released on November 19, 2002 by Epic Records. The album was more R&B oriented than her previous albums, On The 6 (1999) and J.Lo (2001), and was noted as a departure from her previous dance-pop material. Originally planned for a December release, after the leak of the lead single "Jenny From the Block", Lopez announced that the album would be released in November.

During the album's production, Lopez was in a relationship with actor Ben Affleck. The relationship, dubbed as "Bennifer" by the media, was the center inspiration for This Is Me... Then, with much of the songs and lyrical structure declaring her love for Affleck, most notably love songs like "Dear Ben" and "Baby I Love U!". Lopez worked with producers such as long-time collaborator Cory Rooney and Troy Oliver. Lopez had more input on this album than her previous, co-writing, writing and producing more tracks. Critics said that despite Lopez's vocal limitations, the album was "fuller" and had a richer sound than her previous works. Overall, critics were divided over the reaction of This Is Me... Then; while some highlighted Lopez's growth as a performer and vocalist, others labeled it as "annoying" for its love themes.

This Is Me... Then debuted at six on the Billboard 200 chart in the United States. It propelled to two on that chart months later. In the United States, This Is Me... Then was the 12th-best-selling album by the end of 2003, and has since earned triple certification. Its sales in the United States stand at 2,593,000 as of October 2010. The album spawned four singles, which performed moderately on the charts. "Jenny from the Block" (featuring Styles P and Jadakiss) was released as the first, reaching the top ten of the Billboard Hot 100, while its second single "All I Have" (featuring LL Cool J) topped the chart. Soul-tinged tracks "I'm Glad" and "Baby I Love U!" served as the third and fourth singles.
Now playing