Album For You (Selena Gomez). Songs and videos online 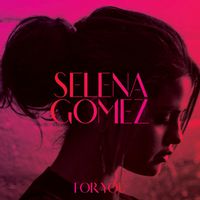 Album songs of For You - Selena Gomez

Radio stations where the album songs For You - Selena Gomez sounds

The album was preceded by the release of the new single "The Heart Wants What It Wants", on November 6, 2014. The single was praised by music critics and became a commercial success in multiple countries. It went on to become her second top ten hit on Billboard Hot 100, and entered the top-ten in countries such as Canada and Denmark. The song was performed at the 2014 American Music Awards.
Now playing