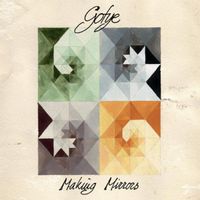 Gotye & Kimbra Somebody That I Used To Know

Хіт FM Найбільші хіти
337
Хіт FM
85
Mousse Radio
46
Радіо Трек
31
Ретро FM
15
Power FM
7
Радио Пассаж
2
Making Mirrors is the third studio album by Belgian-Australian artist Gotye. The album was released in Australia on 19 August 2011. In December 2011 it was announced that Making Mirrors was voted Triple J listeners' number-one album of 2011, making Gotye the first artist to win the Triple J album poll twice. It spawned the worldwide hit "Somebody That I Used to Know" which has impacted charts worldwide. In Poland, after one day of release, the album was certified platinum.
The album was largely recorded at a converted studio at Gotye's parents' farm in Mornington Peninsula.
In mid-October 2010, Gotye released a single titled "Eyes Wide Open", the first track from the album. The single received generally positive reviews and reached #25 in the Triple J Hottest 100 of 2010. In late March 2010, Gotye revealed the album's title, which was inspired by an artwork De Backer chanced upon which was edited to create the album cover art. He claimed, "The mirror reflects on artwork and it is all very related to self-reflection and introspection on the album." Gotye also revealed that the album would see a release in June or July 2011, with a single to precede the release, along with the fact that the album would be similar to its predecessor in terms of diversity. Gotye went on to reveal that the release of the album was delayed for over five months due to the composition and recording of a single track.
On 19 May 2011, it was announced that this album would be released on 19 August 2011, with the album to be launched the following day at the Sydney Opera House as part of the Graphic Festival, with animators and a ten-piece orchestra as part of Gotye's performance. Gotye was also to issue a follow-up single to "Eyes Wide Open" titled "Somebody That I Used to Know", on 11 July 2011. Upon the announcement of the track listing, Gotye also revealed that there would be a DVD accompanying the record which would include music videos and documentaries. However, controversy erupted on 5 July 2011, when the video for the new single, "Somebody That I Used to Know", was leaked online via the Austereo Radio Network's Take 40 website. Later that day, the song was aired for the first time on Triple J with the official stamp of approval from Gotye. Gotye released the single six days early, on 5 July 2011, through iTunes Australia, and his website for international followers.
The song has also reached #1 in the ARIA Singles Chart, and the ARIA Digital Singles Chart and #1 in the ARIA Australian Artists Chart. The song went on to be an international success charting in the top 20 in over 10 countries with 6 of them being at number one, the song also charted in the US and Canada. As of Friday 4 November, the single has received five times platinum sales and the #1 position on the Australian iTunes store, making it one of the highest-selling singles of 2011. The single has officially been certified nine times platinum, selling over 630,000 copies, making it the most successful Australian song on the ARIA charts of all time. The album was certified two times platinum by the ARIA Albums Chart, making it the most successful Australian album of 2011. Since then, the album has been certified three times platinum, selling in excess of 210,000 copies in Australia. "I Feel Better" was released as the third single from the album in Australia on 24 October 2011. The song, however, failed to reach the top 100. "Easy Way Out" was released in the UK as a promotional single on 3 November 2011. It was eventually released as the fourth single from Making Mirrors in Australia on 27 February 2012.
Now playing