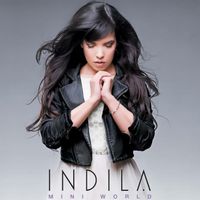 The album is produced by the French producer, Skalp, who has produced songs that Indila was featured on.

She released her gorgeous 1st solo single,"Deniere Danse"(The Last Dance) on December 3, 2013 and it became a hit. Mini World is an exceptional album from start to finish. There isn't a bad song on this album.
Now playing