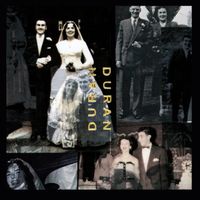 Recording of the album was completed in early 1992 with an impending release by Capitol Records in the United States. Duran Duran's new management company, Left Bank, was distressed at the apparent lack of enthusiasm for the album and had it pulled from the release schedule. Manager Tommy Manzi later told HitQuarters it was the industry that were unenthusiastic about the return of the band rather than the music consumer. Manzi said that industry insiders "laughed at" Left Bank while they worked on reviving the careers of not only Duran Duran but also Meat Loaf because they would rather focus on "the next hip band" than perceived "old" acts. During the hiatus while waiting for the album to be released, the band began working on what would become the Thank You album, and a Warren Cuccurullo-derived riff of "First Impression" led to the rapid inclusion of the song "Come Undone".
Now playing