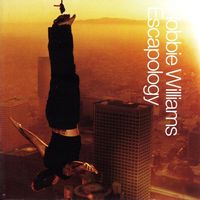 Мелодія FM International
163
Мелодія FM
155
Радіо МАКСИМУМ
103
Бізнес Радіо
89
Хіт FM
89
Music History Radio
82
Хіт FM Найбільші хіти
61
Радіо Трек
51
Закарпаття FM
41
Ретро FM
38
Версія ФМ
34
Radio Relax
31
Информатор Yuppi!
28
UAFM
23
ORadio
22
Информатор FM
22
Best FM
17
NRJ
11
Твоє Рідне Радіо
9
BumbleBee
6
FM Галичина
3
MFM Station
1
Эльдорадио
94
Радио 7
82
Radio Monte Carlo
53
Пионер FM
47
Радио Romantika
45
Радиола
39
Best FM
36
Радио День
14
Мега Радио
13
Радио Рокс
10
Хорошее радио
7
Nostalgia FM
6
Европа Плюс
2
Escapology is the fifth studio album by English singer-songwriter Robbie Williams.
In 2002, Williams signed a record-breaking Â£80 million contract with EMI. The contract featured a number of provisos, including the label ceding greater creative control to the artist and a commitment to breaking Williams in the American market. In return, EMI affirmed they would benefit from a cut of Williams' non-recording activities, including touring, publishing, and merchandising, thus protecting the company from any commercial downturn in the singer's album sales. So far it has become the biggest music deal in British history. Williams began working on what would be his fifth studio album, after a year out from recording. The album heralded a new era for Williams, as he had taken a more active role in the making of the album, giving an indication of his growing confidence in the studio. "One Fine Day", "Nan's Song" and "Come Undone" were the first three songs that Robbie wrote without Guy Chambers' input. The majority of the album was recorded in Los Angeles. "Escapology" was arguably conceived as a concept album, due to its lyrical content being totally reflective of Williams' life as a popstar. The album focuses on his his hopes and fears. Williams stated: "Half of the album it is written from the standpoint of 'Look, this is really me with my tears of a clown. Do they love me or hate me?' The rest of it is about somebody that I have to think I am to get up onstage. Because little me wouldn't get up there. It's too scary!" As the contract stated, EMI attempted to break Williams in the American market, and such, asked him to tweak Escapology to suit the market. As such, the American release shuffles the song order, removes "Song 3", "Hot Fudge", "Cursed", and one hidden track, and adding "Get A Little High" and "One Fine Day", and making "How Peculiar (Reprise)" a main album track instead of a hidden track. Williams promoted the album on shows such as Good Morning America, Last Call with Carson Daly and the Tonight Show. This version of the album won the award for 'Best Album by a Solo Male' in the International Category at the Oye! Awards in Mexico.
Now playing