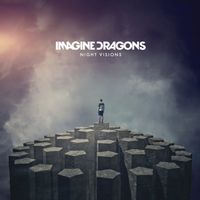 Night Visions received mostly positive reviews from music critics, with some praising its first half as "arena rock-esque". The album debuted at number two on the Billboard 200 in the United States, selling more than 83,000 copies within its first week. It also peaked at the summit of the Billboard Alternative Albums and Rock Albums charts, as well as in the top ten albums in Austria, Canada, Germany, and Norway. The band promoted the album by touring the United States in fall 2012, as well as touring Europe in November. Currently, they are performing a headlining tour in support of the album.
Now playing